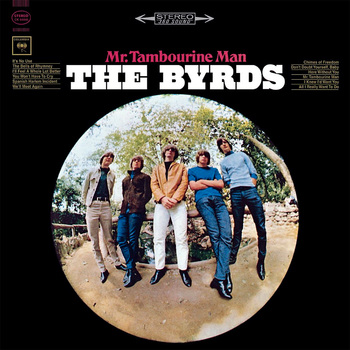 Hey, Mr. Tambourine Man, play a song for me / In the jingle jangle morning I'll come following you
Advertisement:

Mr. Tambourine Man is the debut studio album by The Byrds, released in 1965. Much of the album consists of songs written by Bob Dylan. Hits and fan favorites include the title track, "I'll Feel a Whole Lot Better", and "All I Really Want to Do".