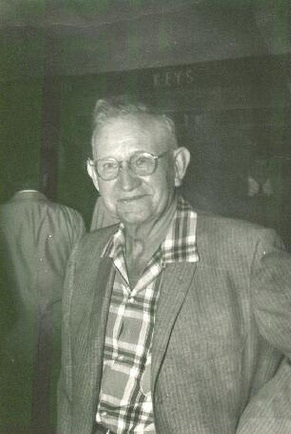 Edward Elmer "Doc" Smith, Ph.D. (2 May 1890 - 31 August 1965) was an American science fiction writer best known for Space Opera, a genre he arguably invented, including the Skylark Series, the Lensman series, The Galaxy Primes and Spacehounds of IPC. Smith was very much a pioneer in the field of science-fiction, starting work on The Skylark of Space in 1916, though he was not able to find a publisher until 1928.

Smith's nickname "Doc" derives from the fact that he was a professional chemist, holding a doctorate in chemical engineering, specializing in doughnuts of all things. Yeah, you read that right. Doughnuts. It is fair to say, however, that he never let scientific plausibility (or, more accurately, the lack thereof) get in the way of telling a ripping yarn.

Works by E. E. "Doc" Smith with their own trope pages include:

Other works by E. E. "Doc" Smith provide examples of: