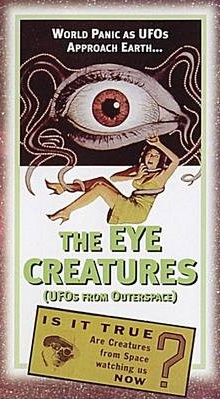 Why, yes. Now that you mention it, this does look like the poster art for The Crawling Eye.
Advertisement: