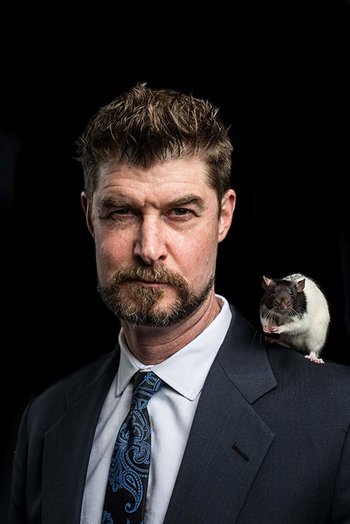 Douglas Richard TenNapel (born July 10, 1966) is an American writer and cartoonist from Norwalk, California, who is best known for creating The Neverhood and Earthworm Jim, although his work definitely isn't limited to video games. The man has been involved in a wide variety of mediums. Doug TenNapel has authored sixteen graphic novels, developed four original video games and created three animated television series.

A Doug TenNapel creative style is very easy to spot due to his love both of monsters and of utterly insane character designs.

TenNapel is a devout Christian, who often includes religious themes in his works. Sometimes it's subtle (such as Monster Zoo), while sometimes it's more overt (Black Cherry or Creature Tech, for example).