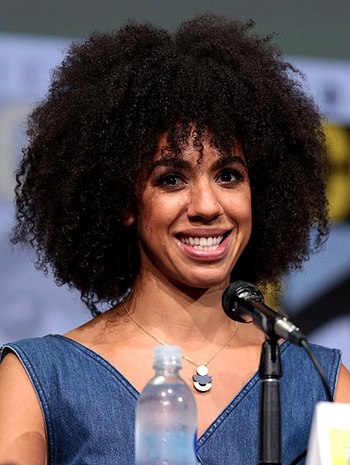 Pearl Mackie is an English actress best known as Bill Potts, a companion to Peter Capaldi's Twelfth Doctor in Doctor Who. Prior to Doctor Who, she primarily worked in the theater, appearing in productions of The Comedy of Errors, The Crucible and The Curious Incident Of The Dog In The Nighttime. Her casting was notable in that Bill was the first officially lesbian companion in the series' history. After leaving Doctor Who, Mackie continued her theatrical career when she was cast in a production of Harold Pinter's The Birthday Party.