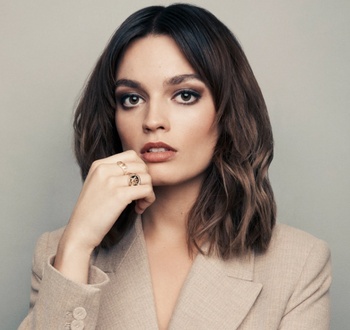 She was born from a French father and an English mother. She gained recognition in 2019 as Maeve Wiley in the Netflix comedy-drama series Sex Education, which earned her a BAFTA Television Award nomination for Best Female Comedy Performance, and she's since landed some big film roles such as Jacqueline de Bellefort in Kenneth Branagh's film adaptation of the Hercule Poirot story Death on the Nile and Emily Brontë in an upcoming biopic.