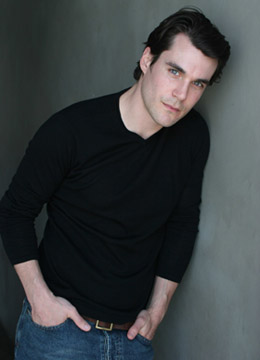 Sean Maher (born April 16, 1975 in Pleasantville, New York) is an American actor. Most know him as Simon Tam from Firefly and its movie Serenity.

Had a regular role on Party of Five and played the titular character in Ryan Caulfield: Year One. He worked on the TV show The $treet before becoming well known for his role in Firefly. Nowadays is busy with the show Make It or Break It and The Playboy Club. He's recently been providing the voice of Nightwing in the DC Universe Animated Original Movies, having portrayed him in Son of Batman, Batman vs. Robin, Batman: Bad Blood, Justice League vs. Teen Titans, Teen Titans: The Judas Contract , and Batman: Hush. He also voiced him for a cameo in Teen Titans Go! vs. Teen Titans.

He is openly gay, married his partner in 2016 and together they have adopted children.