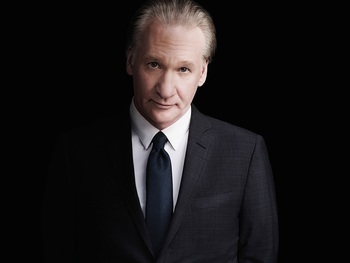 Maher is known for his sarcastic attitude, political satire, and sociopolitical commentary. He targets many topics including religion, politics, bureaucracy, political correctness, and the mass media. His critical views of religion in particular were the basis for the 2008 documentary film Religulous, and is also well-known for his support of the legalization of cannabis.