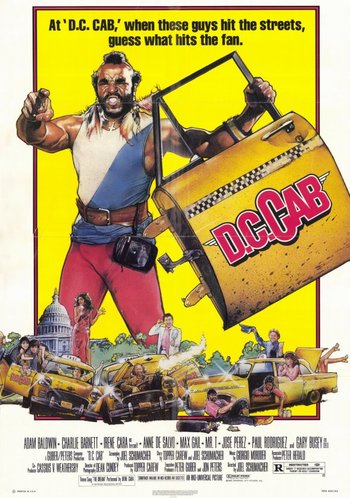 D.C. Cab is a 1983 movie co-written and directed by Joel Schumacher. It featured an ensemble cast including Gary Busey, Paul Rodriguez, Marsha Warfield, Bill Maher, Adam Baldwin (in his second major role after My Bodyguard), Max Gail (in his first role after eight years of Wojciehowicz), and Mr. T (though only T is featured on the cover).

The movie was a modest earner, making $16 million domestically. It was critically panned, however; many people complained about the movie's heavy use of Mr. T (who was coming off of Rocky III at the time) in its advertising, despite his character being just a small part of the ensemble.