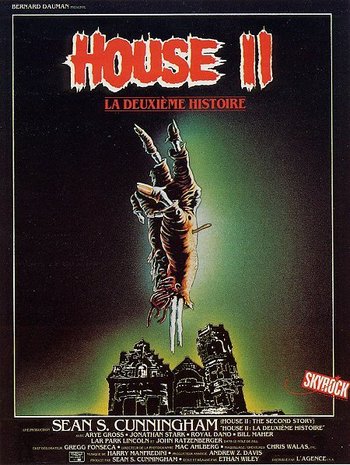 An In Name Only sequel to House, released in 1987.

Jesse has just moved into an old family mansion. Rummaging through old things, he learns that his grandfather's grandfather found a priceless crystal skull, and hid it in his grave. Jesse and and his buddy Charlie go digging, but instead of claiming the skull and becoming rich beyond their wildest dreams, they now have to look after a 170-year old zombie and protect the said skull from dark forces.