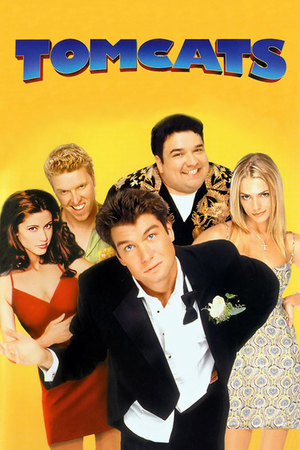 Tomcats is a 2001 Sex Comedy film starring Jerry O'Connell, Shannon Elizabeth, and Jake Busey. At the wedding of a friend, the remaining bachelors bet on staying single. Seven years later, one of the two remaining loses $51,000 in Vegas. He must get the other guy married to cash in and pay his debt or die. A cute woman helps him.