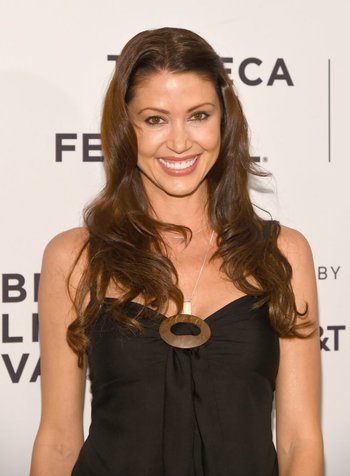 Shannon Elizabeth Fadal (born September 7, 1973 in Houston, Texas) is an American actress and former fashion model. She is best known for her roles in comedy films like American Pie (which established her as a sex symbol) and for her work in horror films.

She was born in Houston and raised in Bellmead, Texas. In high school, she considered a career in professional tennis, and worked as a model for Ford & Elite models before turning to film. In addition to her film and television roles, she considers poker to be her second career, and has also provided her voice and likeness to video games.

She was married to actor Joseph D. Reitman.