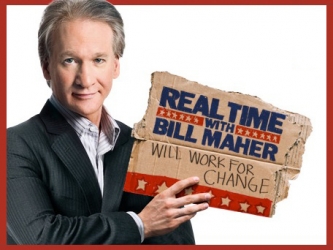 Real Time with Bill Maher is a late night political program hosted by comedian and political satirist Bill Maher that airs on HBO Fridays at 10PM ET. Started in 2003, it is currently airing its twentieth season, and was confirmed in late 2021 to have been renewed through 2024. While the show was formerly taped and broadcast live (as evidenced by its name), the pre-recording of episodes three hours in advance started with season 20.

The show generally follows a rather simple pattern: