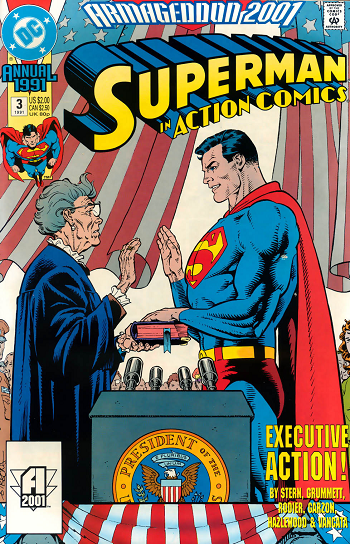 A President (or otherwise Chief of State) of a sovereign country (most likely the good ol' US of A) who happens to have superpowers — and does use them for heroics as a side job. Or who, alternatively, fights crime in a Batman-like fashion. Quite often a result of Asskicking Equals Authority (and sometimes of the opposite).
Advertisement:

If it's a supervillain who rules a country, see President Evil.

See also Royalty Superpower; unlike a monarch, the presidential superhero will generally not try to legitimise his rule by virtue of his powers.