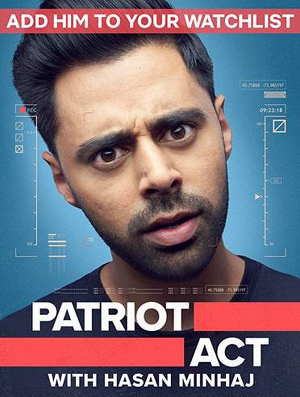 "I'm not built for this beef with Saudi Arabia. I'm not trying to be comedy's Tupac."
— Hasan after the Saudi Arabian government ordered Netflix to remove the episode that critizes the country's Crown Prince

Yes, they may have named the first political talk show hosted by an Indian-American Muslim after controversial legislation enacted by the George W. Bush administration to supposedly fight America's War on Terror. That doesn't necessarily mean they're trying to be provocative...

The show ran for six seasons with 40 full episodes and streamed its final episode on July 19th, 2020. The show was officially cancelled on August 18th, 2020, according to an announcement made on Minhaj's twitter