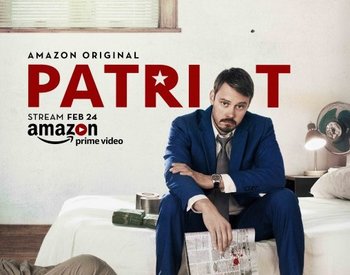 Who is John Lakeman? 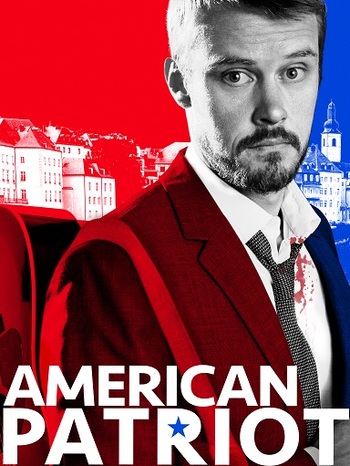 Patriot is an Amazon Studios original comedy-drama series that ran for two seasons on Prime Video. It was called "American Patriot" for German release.
Advertisement:

When a helicopter crash suddenly changes the course of the upcoming Iranian election, giving a religious hardliner a chance to actually become the new President, intelligence officer John Tavener is sent undercover as an employee at a piping firm as part of a plot to funnel money to a less volatile candidate. There's just one problem — John is still recovering from a string of missions that ended badly, and has taken to smoking pot and writing overly-confessional folk songs in order to cope, which makes it hard for him to pose as a straight-laced mid-level employee. Luckily, his dad, who also happens to be his boss, has sent his older brother Edward to watch over him. Edward is well-meaning, but a little too excited to be doing something cool and important. Hilarity Ensues.

Nothing to do with the film The Patriot.