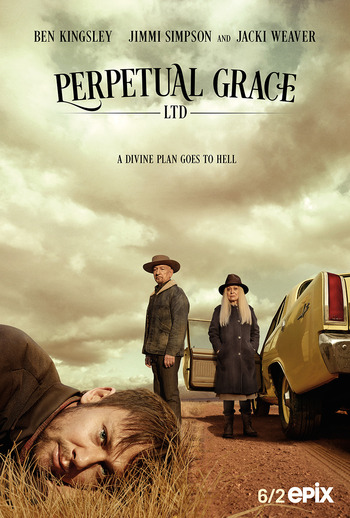 Perpetual Grace, LTD, is a darkly comedic drama series created by Steven Conrad (Patriot) and Bruce Terris. The story centers on a disgraced firefighter who gets roped into trying to steal the fortune of two old grifters by the couple's wayward son. The plot quickly gets out of their control and grows to involve a dozen other oddball characters and storylines.

The cast includes Ben Kingsley and Jacki Weaver as the grifter couple, Damon Herriman as their son, Jimmi Simpson as the former firefighter, Luis Guzman as a Mexican sheriff, Terry O'Quinn as a Texas ranger pursuing the son, and Kurtwood Smith as "Uncle Dave."

The series ran for a single season on the Epix channel before its cancelation. A miniseries was planned to provide a conclusion but was ultimately scrapped.