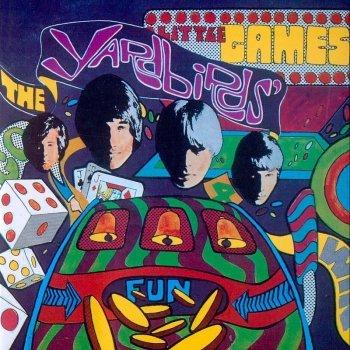 Little Games is the fourth studio album by The Yardbirds, released in 1967. It is their only studio album to feature Jimmy Page, their first album without Paul Samwell-Smith and Jeff Beck, and their final studio album to feature Keith Relf. It is also their final studio album released before their break-up the following year, with their next studio album - Birdland - being released 36 years later. Produced by Mickie Most, Little Games is seen as an attempt to revitalise the band's popularity, which had been in decline for a while by then. As a result, the majority of the album is not seen as representative of the band's live sound, and Most has been largely blamed as a catalyst for the band's break-up the following year.

Upon release, the album was only released in the US, as the self-titled lead single failed to chart in the UK. Little Games ultimately failed in saving the band's declining commercial fortunes, as did the subsequent non-album singles. To this day, the album receives strong mixed reviews, with some viewing the album as a psychedelic pop masterpiece, and others viewing it as the band's nadir. To sum it up, Little Games is The Yardbirds' Smiley Smile. Interesting to note is that the band themselves have since expressed their dislike for this album, particularly Jimmy Page, who described the album as "horrible".

Only The Black Tropes: