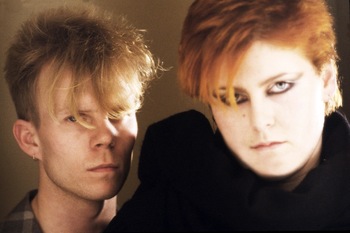 Yazoo (known in America as Yaz) were an 80s Synth-Pop duo comprising Vince Clarke (former Depeche Mode, future Erasure keyboard player) and Alison Moyet. They released two albums, Upstairs At Eric's, containing the hits "Only You" and "Don't Go" (and in the USA, "Situation", a B-side in the UK) and You and Me Both (containing the hit "Nobody's Diary").