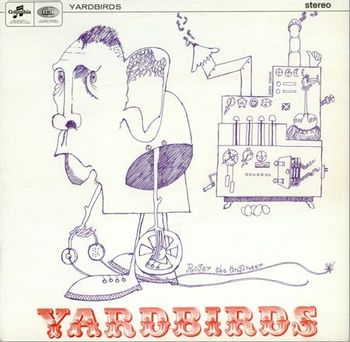 The British cover, drawn by Chris Dreja. It's an caricature of the album's engineer, Roger Cameron. 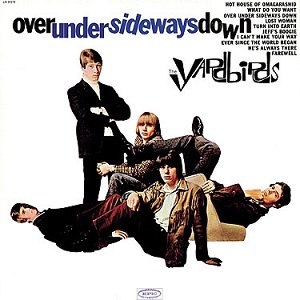 The US cover of Over Under Sideways Down. 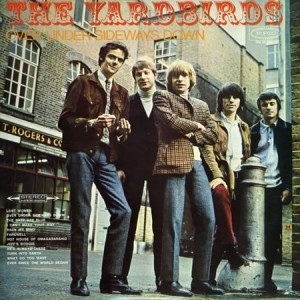 The German cover of Over Under Sideways Down.
Advertisement:

The Yardbirds is the third studio album by The Yardbirds, released in 1966. Roger the Engineer is the fan nickname for this album - based on the album cover - and is now the most commonly used title for this album. A third title used was Over Under Sideways Down, and it was officially released under that name in France, Germany and the United States, the latter omitting two songs off the album. It is also their first studio album to officially be released in Britain.

Roger the Engineer is the only album by The Yardbirds to feature no Cover Versions, with song-writing credits on every song given to every member; the album was also produced by Paul Samwell-Smith and their then-manager Simon Napier-Bell.

This album also turned out to be the band's last studio album to feature Paul Samwell-Smith and Jeff Beck. The former chose to leave around the time of the album's release, having grown tired of touring and wanting to move on to production. Samwell-Smith would go on to become a successful producer, with production credits on such artists as Cat Stevens, Jethro Tull, Carly Simon, Renaissance (Keith Relf and Jim McCarty's post-Yardbirds band), etc. He was replaced first by Jimmy Page on bass, but Page switched to co-lead guitar with Jeff Beck once Chris Dreja made the transition from rhythm guitar to bass. Although this twin guitar line-up was highly influential, Beck quickly grew frustrated, and by the end of 1966, he had been sacked from the band. The Yardbirds with Page would release Little Games in 1967 before calling it quits the following year.

Tracklist (The US version of the album omits "The Nazz Are Blue" and "Rack My Mind"):

Alternative Title(s): Over Under Sideways Down