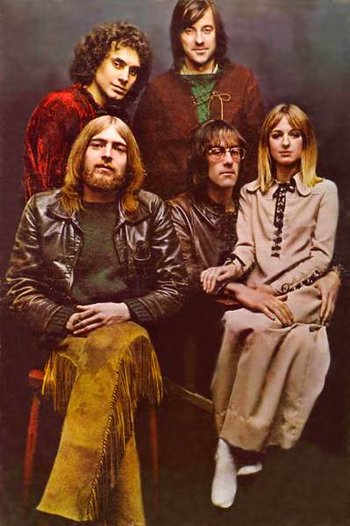 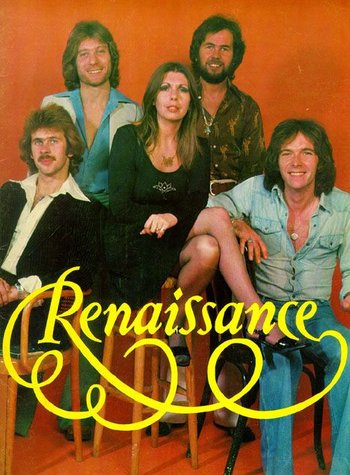 Renaissance are a Progressive Rock group whose long career has two distinct phases.

They originally formed in 1969 from two former Yardbirds members, singer Keith Relf and drummer Jim McCarty. The other members included bassist Louis Cennamo, keyboardist John Hawken, and Keith's sister Jane Relf, who shared lead vocals with her brother. However, this version of the band broke up during the recording of their second album, Illusion. Hawken finished the project by bringing in several guest musicians, including guitarist Michael Dunford; he then left, but not before recruiting vocalist Annie Haslam.

This transitional version of Renaissance, featuring Haslam and Dunford, underwent still more personnel changes while completing two albums, Prologue and Ashes Are Burning. However, by 1974's Turn of the Cards, the band's best-known, longest-lasting lineup had been assembled: Haslam, Dunford, John Tout on keyboards, Jon Camp on bass, and Terence Sullivan on drums and percussion. The new Renaissance kept the Classical Music influences of the original, while adding distinctive characteristics such as the five-octave range of Haslam and the orchestral accompaniment, giving, along with the classically-inspired songwriting, a symphonic quality to their music.

Turn of the Tropes: