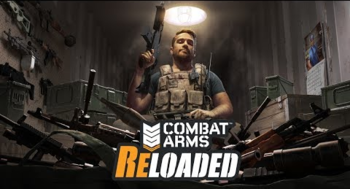 A free-to-play online First-Person Shooter developed by the South Korean studio Doobic Studios and published by Nexon. Players in the game are split into team Alpha and team Bravo, and duke it out on a variety of maps. As of Reloaded, the game has gotten more story and now a faction war rages between the World Federation Organization and the Third World Union, while WarCorp fights from the sidelines.

The game has a rental system when it comes to its weapons and gear. Everyone in the game used to get an M16, a M9, a knife, and a grenade as default gear, but as the game is played, they earn GP or gear points, which allows them to rent new guns and accessories for an amount of time. When Reloaded came in, however, all weapons became availble, and eventually, they only became buyable through packs.

The classic version of the game also features the Black Market, an in-game shop in which the currency is NX points, which are purchased with real money. This shop includes new character models, guns with cooler looks, double xp abilities, and the ability to change the default weapons permanently to better weapons.

Like many recent first-person shooters, Combat Arms consists of game modes such as Team Deathmatch (known as Elmination) and One Man Army (Free-For-All). The game also has a ranking system based on military ranks. The higher the player is ranked, the more gear they can rent in the shop (although the black market has no rank restriction.)