Tropes of the Living Dead 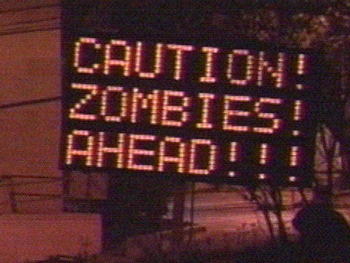 Watch out! Undead Ahead!
"You know, it's an interesting thing when you consider: the Earth people, who can think, are so frightened by those who cannot: the dead."
Eros, Plan 9 from Outer Space
Advertisement:

Zombies fall precisely into the Uncanny Valley. That's why they're so scary and so fun to kill. This is an index of tropes about them.

Ironically, The Living Dead is not an example.