Tropes on a Bus 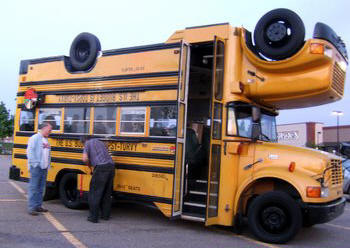 In trope-speak, a "bus" is a metaphorical device that effortlessly transports characters away from the plot for a long time. Often permanently.

Backup Fleet (these refer to buses, but not in that way).