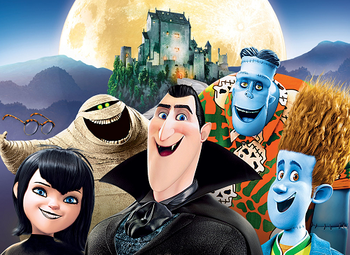 Tropes having to do with the undead and undeath.
Advertisement:

Not to Be Confused with The Living Dead, which is about living actors portraying corpses. Not to be confused with Back from the Dead. Generally unrelated to Undead Horse Tropes.