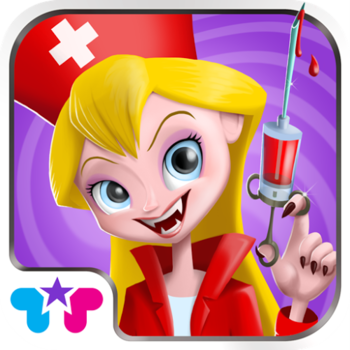 Dr. Acula vants to draw your blood.
A monster of some type who works in a profession their own dietary needs and compulsions make extremely difficult and unexpected. The individual in question may be a Friendly Neighborhood Vampire struggling with the fact that Warm Bloodbags Are Everywhere for them, someone who has enough control to use such a job to better disguise what they are or even someone who has found a way to take advantage of their job for personal gain. They might have overcome the temptation of their Horror Hunger and are using a position helping those they naturally consider food as penance for consuming people in the past, or are part of a wider community using their position to help their fellow monsters such as by acquiring blood donated for medical use.
Advertisement:

Not to be confused with someone Supporting the Monster Loved One.