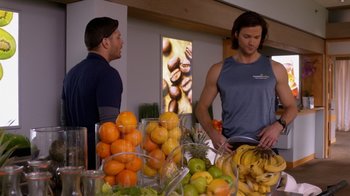 You're not the only one who's dated someone bendy.

Investigating a series of murders where the victims lost hundreds of pounds at the time of death, Sam and Dean go undercover at a mysterious weight-loss center.

For this episode: 3 humans and 1 pishtaco.