Music / All That You Can't Leave Behind 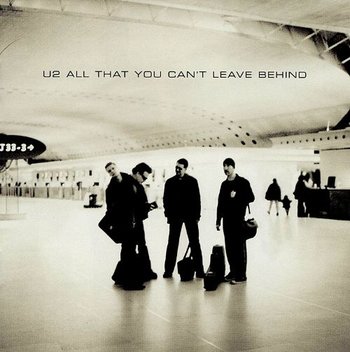 All that you measure, all that you feel
All this you can leave behind
Click for the 20th Anniversary Edition cover 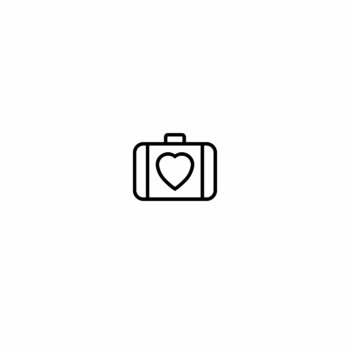 I never thought you were a fool
But darling - look at you
You gotta stand up straight - carry your own weight
These tears are going nowhere, baby
—"Stuck in a Moment You Can't Get Out Of"
Advertisement:

All That You Can't Leave Behind is the tenth studio album from the pop rock band U2. It was released through Island Records and Interscope Records on 30 October 2000.

The recording and production of the album were delayed due to Bono's increased activism, something the rest of the band viewed as a distraction. Nevertheless, the group quickly reunited with Brian Eno and Daniel Lanois, who had produced The Unforgettable Fire, The Joshua Tree, and Achtung Baby, solidifying U2's return to form. The record came together effortlessly, thanks to the group's embrace of former styles such as The Edge's signature, atmospheric guitar tones, which he had abandoned during The '90s. While keeping newer techniques such as synthesizers and electronic drum beats on "New York" and "Beautiful Day," the band branched out and used acoustic guitars and pianos on "Stuck in a Moment" and "Wild Honey" to convey a more simplistic sound throughout the record.

It spawned the singles "Beautiful Day" (one of the band's biggest hits), "Stuck in a Moment You Can't Get Out of," "Elevation," and "Walk On." The album and its associated singles won a total of seven Grammys. It is considered a pivotal album for the band since it distanced them from the more experimental conceits of the previous decade. The group's ensuing tour, the "Elevation Tour," became massively successful thanks in part to their performance at the NFL Super Bowl halftime show, where they honored the victims of the 9/11 attacks.

Different editions of the album include one or more bonus tracks:

"You love these tropes even if that doesn't ring true"