Literature / My Babysitter Is a Vampire 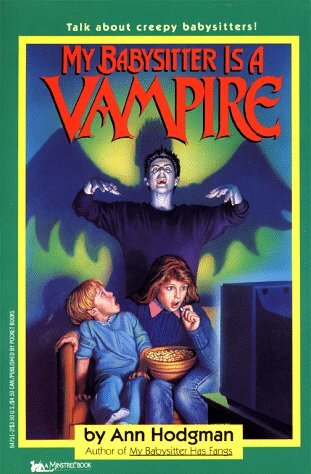 My Babysitter Is a Vampire is a children's series written by Ann Hodgman in The '90s. It tells the story of Meg Swain, a normal eleven (and later twelve)-year-old girl from Delaware, who encounters the supernatural for the first time on her family's annual trip to Moose Island, Maine when their usual babysitter is away and their mother hires Vincent Graver, one of her coworkers at the local blood bank, as a replacement. Meg soon comes to suspect, and rightly so, that Vincent is actually a vampire.
Advertisement:

The series consists of six books:

Not to be confused with the unrelated 2010-2012 TV movie and series My Babysitter's a Vampire.

My Babysitter Is a Vampire provides examples of: