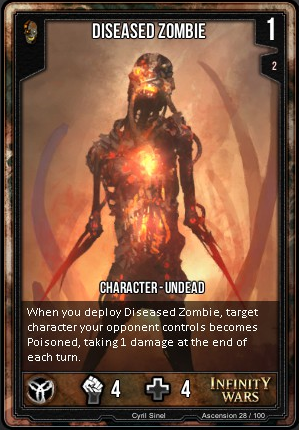 In works of fiction, the undead are common enemies for the heroes to face. A common trait of them is for the undead in question to be portrayed as poisonous or filled with disease, and they may spread death wherever they go.

On the surface, this seems a perfectly logical conclusion. Zombies are likely going to be rotting corpses with bodies filled with who-knows-what types of disease. In the world of gaming, this gives undead enemies an elemental affinity with disease and poisons, though darkness is another common trait. General status ailments are also liable to be in their arsenal of attacks. This overall makes the undead, which tend to be weak and easily dispatched, more dangerous without necessarily making them more powerful in direct combat.