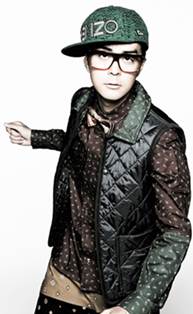 Hyadain (born July 4, 1980) is a Japanese singer, arranger, composer and music producer, well known for his work on game music, with often very liberal (and frequently hilarious) interpretations of characters in the games. He posts all his work on both Nicovideo

His most famous works are probably the various songs he did for Mega Man 2 (6 out of 8 Robot Masters, so far), where each Robot Master sings a song basically professing their love to Mega Man (except for Bubbleman, who's just incredibly lonely, and Heatman... who seems to be a giant man-slut). He also has a large number of songs that are arrangements of various Dragon Quest songs (and as a bit of trivia, his nickname is derived from the Japanese spell name of "Kacrack"). He also sang a good number of covers of old anime songs. He does all the voices himself, using computer editing to make the female voices.

He eventually revealed on his blog

that he is in fact Kenichi Maeyamada, a professional composer in the Japanese music industry, which was suspected by a good many of us due to the incredible quality of his work. He signed under the management Stardust Promotion, which also the home of Natsuko Aso and Momoiro Clover Z, sources of his main works and his biggest hits. Because of his distinct happy upbeat musical style, his works often involves various Idol Singer, such as the two mentioned above, AKB48, YuiKaori and Koharu Kusumi of Hello! Project, 9nine, Dempagumi Inc. and Shiritsu Ebisu Chugaku. He has worked on a LOT of Japanese anime theme songs, including the 10th opening for One Piece, "Share the World", and remarkably Nichijou's theme

where he actually made his name known among foreign fans. He switches between a good number of styles, though the majority of his songs are intended to be funny or cutesy, with lots of puns everywhere else. he can also do heart-wrenching ballads and darker-themed songs.

lists his complete discography outside of his game music arrangements.