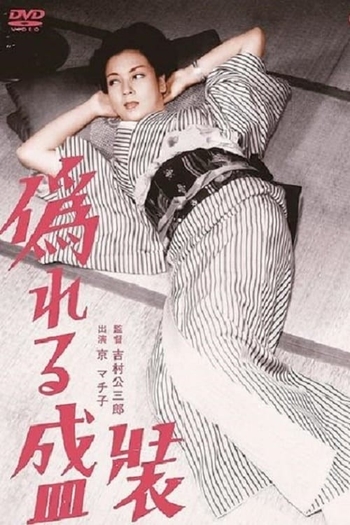 Clothes of Deception is a 1951 film from Japan directed by Kozaburo Yoshimura.

It centers around two sisters in Kyoto. Kimicho (Machiko Kyo) is a geisha. But while she dresses in kimonos and does the whole deal with dancing and conversation, she is really a High-Class Call Girl, with multiple clients instead of one patron, and a hard-nosed attitude about getting the money up front. Her sister Taeko is representative of the modern Japanese woman, as she wears Western-style clothes and works in an office.

Yet while Kimicho looks like old Japan and Takeo looks like forward-thinking, postwar Japan, the sisters tend to act like the reverse. Kimicho is scornful and disgusted when her mother Kiju, a far more traditional geisha, mortgages the house to bail her late patron Mr. Watanabe's son Hideo (also Kimicho's half-brother) out of a financial jam. Taeko for her part is in love with her co-worker Koji, but Koji's mother Chiyo categorically forbids the marriage.