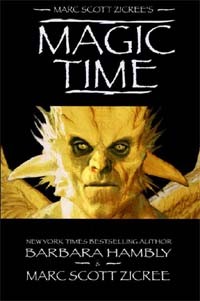 Cal Griffin is not having a good day. Faced with the opportunity to drain as much money as possible from one of the clients at the law firm he works at, he tore up a certain document and got that client off the hook. He's about to be unemployed, and it's going to be a lot harder for him to provide for his younger sister, Tina.

But then the power goes out—not just in his town, but across America, and probably the rest of the world as well. Strange creatures appear, some walking the streets, others hiding from the light. Tina is now translucent and levitating, and Cal's boss is growing scales and breathing fire.

For Cal Griffin, and many other people, things are about to get a whole lot worse. Thanks to a mysterious force, technology no longer works, but magic has taken its place — and the world will never be the same.