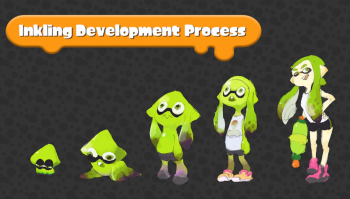 You're a kid now. You're a squid now.
Advertisement:

Malicious examples can be inflicted as a form of Cool and Unusual Punishment. Benign examples can allow a character to return to nature or Ascend to a Higher Plane of Existence. May overlap with Karmic Transformation, Pinocchio Syndrome, Power-Upgrading Deformation or Emergency Transformation.

Compare with Shapeshifter Mode Lock, First Law of Gender-Bending and There Is No Cure. See also Metamorphosis Monster. Not to be confused with the usual Transformation Sequence, despite both Tokyo Mew Mew and Yes! Pretty Cure 5 using "Metamorphose!" as their trigger phrase, and "morph" being a key word in Power Rangers.