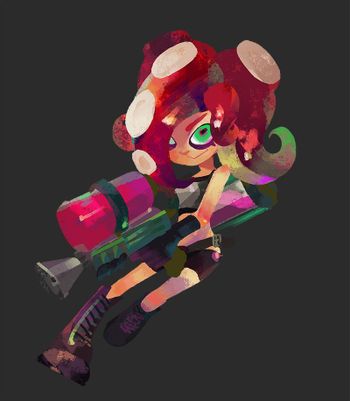 Check it out!
Thar she glows! She lights up the air
Check it out!
Her spectacular, tentacular hair
— "Squid Girl" by Third Impact
Advertisement:

A character, usually an anthropomorphic octopus or squid, but often an alien or monster of some kind, has tentacles in lieu of hair. Most of the time it's solely an aesthetic design choice, made to make the character more visually appealing. But sometimes it's prehensile and used for combat or quality-of-life purposes. The tentacles can completely replace their hair, or it can extend out of it, usually as an alternate form of sorts.

Prevalent in works on the human end of the Sliding Scale of Anthropomorphism. Can also act as Alien Hair to show how bizarre the character or their species is.

Compare Hair Wings, Medusa, and Cthulhumanoid. For the purposes of the trope, tentacle beards and moustaches also count.