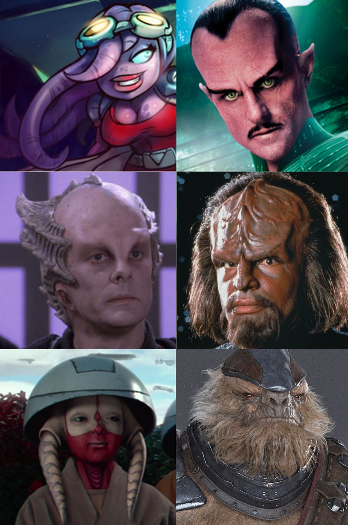 L - R, top to bottom: Coco Nebulon, Sinestro, a Minbari, Worf, a togruta, and a Brute.
"Really, other than their hair, the Kazon aren't too scary."
— Robert Picardo on Star Trek: Voyager, Starlog #231
Advertisement:

When humanoid aliens in visual fiction have hair, it almost always falls into one of the following styles: