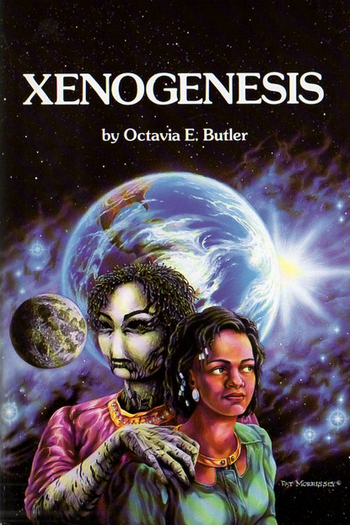 Lilith Iyapo awakens to find that most of the Earth has been destroyed by nuclear war, and the surviving humans have been kept in suspended animation by an alien race called the Oankali. The Oankali are driven to travel the universe in search of other intelligent species to breed with in order to share their genetic code, altering both species. They have reconstructed Earth in order to make it habitable for what is left of the humans, but in order to rebuild humanity, the Oankali must change it forever.
Advertisement:

Lilith's Brood, by Octavia Butler, previously published as Xenogenesis, is the compilation of three novels. The first in the series follows Lilith after she awakens to her new world, while the sequels are told from the point of view of her genetically altered children.