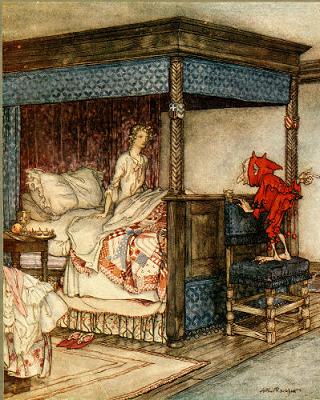 Has nothing to do with children.

In the late 19th century, Harvard professor Francis James Child was concerned that the tradition of folk songs in the British Isles were endangered—songs were dying out, unrecorded. He made it his personal mission to collect as many traditional folk songs as he could from England and Scotland. (Including Ireland, he felt, was way too ambitious a goal.)

He got about 300 of them, not including variants; many of the ballads have a dozen variants, or more, and most have several — though some are only fragmentary. (Some versions you may be familiar with have had verses created by the person performing them, to make the song make sense.) Even today, ballads are often referred to by the numbers Child assigned them. See here for the full text of The English and Scottish Popular Ballads

They range, as ballads often do, from Fairy Tales in verse form all the way through to accounts of historical events, with historical characters, perhaps a little refined for story form. Many are recognizably popular forms of medieval Chivalric Romances.

Many of them are heavy on dialect, especially the Border Ballads, those collected on the English-Scottish border. Metrical considerations means that using standard English often requires a total rewrite. This also helps keep the number of Evil or Overbearing Mothers high compared to Wicked Stepmothers since the scansion and meter of "mother" note Two beats, emphasis on the first and "stepmother" note Three beats, with a primary emphasis on the first and a secondary emphasis on the second. are not interchangeable. A Wicked Stepmother appears in different ballads than the Evil Matriarch.

Many Murder Ballads are Child Ballads. Robin Hood has so many that Child lumps them all together in their own volume.

Child Ballads may be thought of as the Scottish/English branch of a larger collection of Medieval Ballads. Medieval ballads are found in all countries around the North Sea, from Iceland to Sweden.

Child Ballads with their own page:

Tropes common in the Child Ballads: