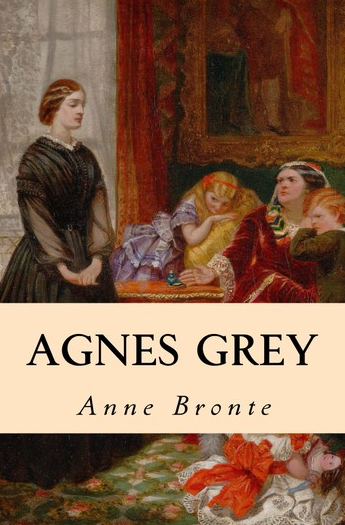 Agnes Grey is a 1847 novel written by Anne Brontë, the least well-known Brontë sister. Her first novel, it told the story of her own experience as a governess.

The main character, Agnes, is the daughter of a minister who loses his money. She gets one of the only jobs available to women at the time, being a governess for rich families. The book recounts realistically what a governess had to put up with at the time.

Printed as the final volume to sister Emily Brontë's Wuthering Heights, it was given a fairly positive reaction but, as Jane Eyre had been published beforehand, a question of authorship was raised. Subsequent popular and scholarly interest in Anne's work had many reviewers saying if she wasn't a Brontë it would still be in print.

Tropes related to the book: