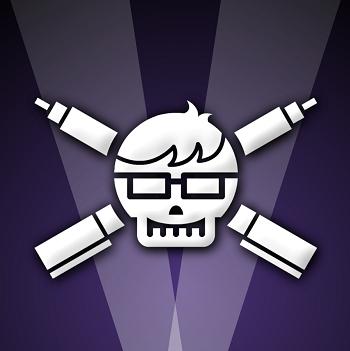 "Rated P for Parody".
"My name is James Farr, and I'm a professional nerd. When I'm not writing comics, or directing shows for other people, I'm at home making shows for myself. To that end, this channel represents all the things I love the most. Animation, innovation, and the best family a fanboy could ask for."
Advertisement:

is, aside from the mind behind Trains Formers and Xombie, a popular YouTube animator, best known for his "Saturday Morning Multiverse"

series of mash-ups, with each half of any crossover being a perfect fit for the other: examples include Teenage Mutant Koopa Troopas, Blink To The Future, and Super Mario Busters. His most ambitious project to date, Super Smash Wars , has gotten so big (started as a standalone parody of A New Hope and got a surprise two-part sequel in January 2014) that it deserved a separate playlist.

Future fans beware: his videos are made of references. MANY references. And awesomeness, but that's almost needless to say at this point. Just watch his work and be amazed. To wit, he might have deserved his place in the same pantheon where Egoraptor, Monty Oum and Alvin Earthworm can be found. He even was asked to do the annoucement trailer for Toejam and Earl: Back in the Groove.

And feel free to add examples for tropes featured in works that don't have pages yet.