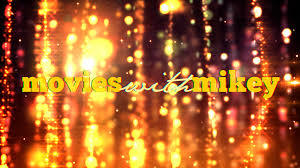 "I want more joy out in the world. I want people to feel good about the things they like, as opposed to feeling attacked all the time."

Movies with Mikey is a series on the YouTube channel FilmJoy

by ex-Gearbox Software developer Mikey Neumann and his editor Thaddeus. The series is known for its goofy optimism (courtesy of Mikey's For Happiness outlook), and flashy style thanks to Thaddeus' mastery of Adobe After Effects.

Mikey's philosophy is to celebrate the positive aspects of movies and to analyze the themes and character arcs, trying to say something new about each movie he covers. He also co-created with Thaddeus a separate series under the FilmJoy brand called Deep Dive, where he, Zoe Wells, Elisa Melendez, and fellow Gearbox employee Sam Winkler watch movies that have been panned critically and commercially, and they must find the positive aspects of them.

In 2017, Movies With Mikey was nominated for an Emmy Award.