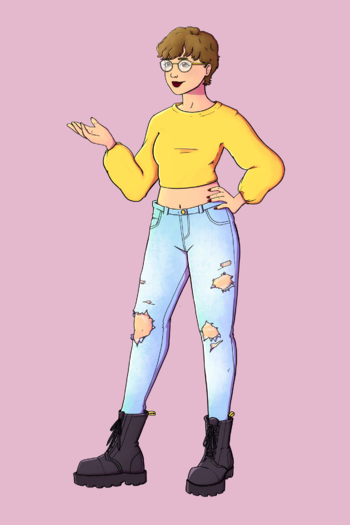 is a British YouTuber who makes videos rebutting or making criticisms of popular media.

Originally called CinemaSinsSins, the channel's initial focus was primarily on the flaws and shortcomings of CinemaSins; later, the "Cinema" was dropped to reflect its identity as a more general channel for metacriticism. Eventually, Jay changed the name of her channel to "Jay Exci's SinsSins" and then just "Jay Exci" to further emphasize this new focus, and she only makes SinsSins videos occasionally now.

Note: Since the recursive titles of SinsSins videos tend to be quite long, this page uses the abbreviation "EWW" for "Everything Wrong With".