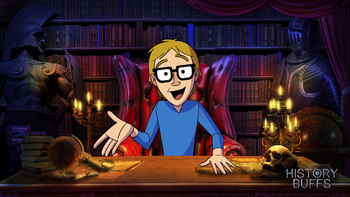 is an ongoing YouTube series hosted by Nick Hodges which evaluates the accuracy of historical feature films and television dramas. It generally deals with how filmmakers utilize the Artistic License – History trope and how this can be a good or bad thing, often providing proper context to events that Hollywood has ignored.