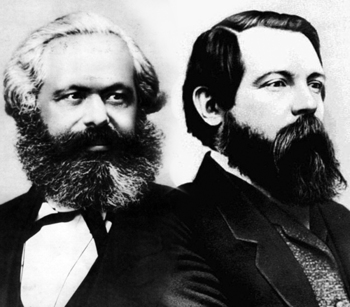 Marxism is an umbrella term for several different political philosophies, almost all of which are characterized by the pursuit of a moneyless, classless, and stateless society.

Marxism was invented by (surprise) Karl Marx and Friedrich Engels in the book The Communist Manifesto.

Schools of Marxism include: