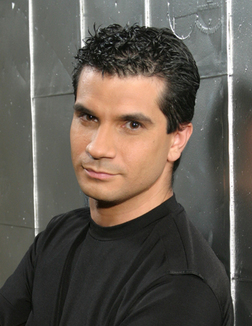 Tommy Tallarico (born February 18, 1968) is a video game composer and musician who has worked on over 250 games, winning over 25 awards for best video game audio. He also co-created the Video Games Live concert and co-hosted Reviews on the Run which was known as Judgement Day in America. He founded Tallarico Studios in 1994 and the Game Audio Network Guild, of which he is also president, in 2002.

It should be noted he created and claims copyright to the memetic "Oof" Roblox Death Sound, first used in Messiah. He was not happy about how Roblox used it a long time without his permission. Eventually, Roblox and Tallarico settled the dispute with the sound planned to be replaced by another death sound and later resold in the Library for the equivalent of $1.

He is a cousin of Aerosmith frontman Steven Tyler.