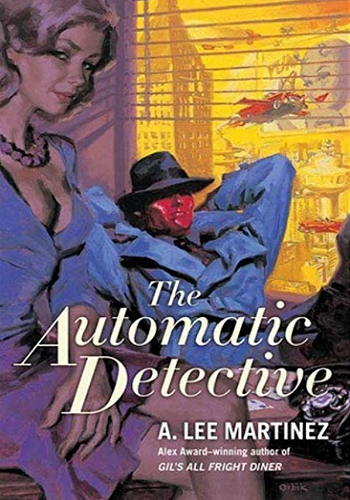 A 2008 novel by A. Lee Martinez (the author of Gil's All Fright Diner), this is the story of Mack Megaton, a machine designed to be a warbot but who happened to become sentient. He rejected his programming and tried to join society as a citizen (a rare occurrence).

However, his peaceful life is upended when he becomes embroiled in an ancient conspiracy, kidnappings, dames, and pretty much every single Film Noir trope in the book, combined with a (deconstructed) Raygun Gothic setting. Martinez does a fantastic job of world-building, giving you a glimpse into an interesting, well-developed world.