Literature / Autobiography of a Werewolf Hunter 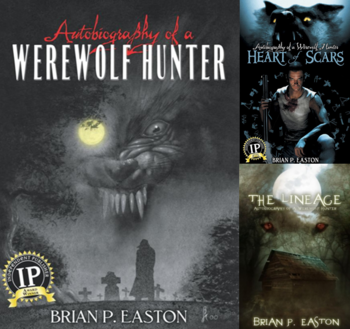 Autobiography of a Werewolf Hunter is a series by Brian P. Easton and published by Permuted Press.

Starring the titular werewolf hunter, Sylvester Logan James, its first volume chronicles his twenty year hunt for "The Beast. The books are notable for their grim and unromantic depiction of werewolves, treating them as brutal monsters that need to be put down. They also refuse to romantice their titular hero, frequently showing him as no better than the creatures he fights. The books have a decidedly hard edge to them, frequently depicting consequences to Sylvester's actions that most books do not consider.