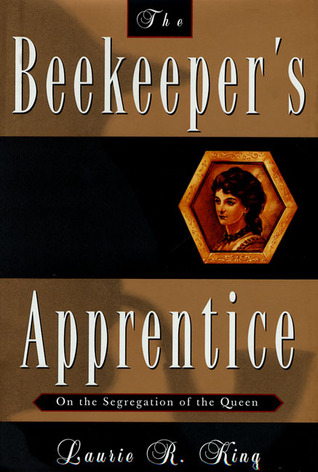 Best Fanfiction Ever
"I see before me one Mary Russell, named after her paternal grandmother... She is, let us see... fifteen years of age, and despite her youth and the fact that she is not at school she intends to pass the University entrance examinations... She is obviously left-handed, one of her parents was Jewish — her mother, I think? Yes, definitely the mother — and she reads and writes Hebrew. She is at present four inches shorter than her American father — that was his suit?"
— Sherlock Holmes
Advertisement:

Mary Russell is the protagonist of a series of detective novels by Laurie R. King based on Sir Arthur Conan Doyle's Sherlock Holmes stories. After her parents and brother are killed in a car crash, 15-year-old Mary returns to the family home on the Sussex Downs. There she meets Sherlock Holmes, who retired twelve years ago in 1903 and has become a beekeeper. He is surprised to find that she shares his talent for deduction, and she becomes both his friend and his apprentice. Later novels upgraded her to wife.

So far there are twelve novels in the series with a thirteenth on the way, and they are all set between 1915 and 1924. In order of publication, they are:

The Mary Russell series provides examples of the following tropes: