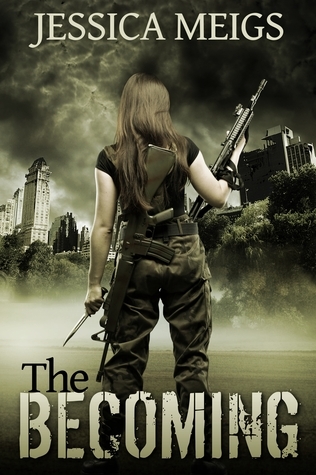 The Michaluk Virus is loose.

In the heart of Atlanta, Georgia, the Michaluk Virus has escaped the CDC, and its effects are widespread and devastating. The virus infects nearly everyone in its path, turning much of the population of the southeastern United States into homicidal cannibals. As society rapidly crumbles under the hordes of infected, three people–Ethan Bennett, a Memphis police officer; Cade Alton, his best friend and former IDF sharpshooter; and Brandt Evans, a lieutenant in the US Marines–band together against the oncoming crush of death and terror sweeping across the world.

As Cade, Brandt, and Ethan hole up in safe houses, others begin to join them in their bid for survival. When the infected attack and they’re forced to flee, one departs to Memphis in search of answers while the others escape south to Biloxi, where they encounter more danger than they bargained for. And in Memphis, the answers that one man finds are the last answers he wanted, answers that herald a horrific possibility that there may be more to this virus than first suspected.

The Becoming and its sequels are written by Jessica Meigs and published by Permuted Press. It is unrelated to a Steampunk webcomic of the same name.