Literature / The Bedroom Secrets Of The Master Chefs 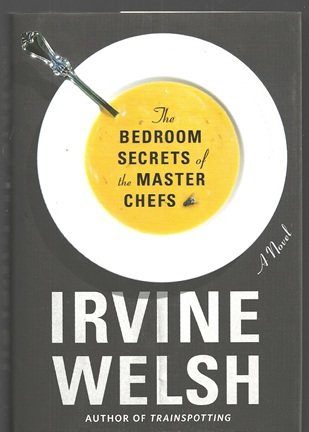 The Bedroom Secrets of the Master Chefs is the sixth novel from Irvine Welsh, published in 2006.

The plot describes Skinner's relationship with alcohol and his search for his unknown father. Gradually it dawns on him that the damage that ought to accrue to his body from his lifestyle is instead inflicted on Kibby. For a while he enjoys this, particularly relishing his promotion at work, but when Kibby becomes mortally ill he realises that he needs him. When Kibby comes out of hospital after a liver transplant, they both realise that their dependency is mutual. However, if you think this is where things move on to happier times remember this is an Irvine Welsh book.